The next highlight of our sister’s holiday was dining at Chateau Marmont.  Not just once, but twice!

If you’re not familiar with Chateau Marmont, it is a historic Hollywood landmark perched above Sunset Boulevard and its reputation as a place to misbehave, dates way back to the 1930’s where the “Motion Picture Code” was in full effect.  This code allowed stars to behave in any manner they liked without scandal being reported to the press.  Now, there have been a few scandals which have slipped through the cracks such as:

Harry Cohn, head of Columbia Pictures stated “If you must get into trouble, do it at the Chateau Marmont.”  Don’t’ worry, my sister and I didn’t get into any trouble because we’re so sweet and innocent!

Our first visit to Chateau Marmont was for breakfast and apparently the Brioche French Toast was to die for (not literally though!).  Upon arrival, we were directed towards a very discreet entrance and headed up a stairwell taking us into the reception area of the restaurant.  The décor was beautiful and has been described as gothic glamour.

We were shown to our table outside in the alfresco area, sat down and we both casually look around the restaurant obviously taking in the “view” (aka celeb spotting!).  My sister urgently whispers to me in a quiet voice “OMG, Channing Tatum is sitting directly behind us”!  Damn it!  I’m sitting with my back to him and am unable to turn around and have a good gawk because that would be just plain rude.  So after sitting at the table for an excruciating five minutes, I casually get up from my seat and head towards the ladies, which is directly in the path of Channing’s table.  I was able to take a quick peek at him and yes he is handsome in a Hollywood type of way.  My sister was quite memorised by his eyes!

Our breakfast arrived and I can confirm it was the best Brioche French Toast I have ever eaten.  It was garnished in caramelised apples and all I can say is OMG.  The meal wasn’t too expensive at $17.00 USD.

In order to prolong our stay at the restaurant, we order numerous cups of tea which worked in our favour as guess who saunters through the door with his shades on…  Jeremy Renner.

Jeremy played the role of Sergeant First Class William James in The Hurt Locker; a battle-tested veteran who arrives as a new team leader of a U.S. Army Explosive Ordnance Disposal unit in the Iraq War.  He sat down with two men who had arrived earlier; one looked like a writer.  Maybe he was discussing future movie plans.  How exciting!

As we’re casually discussing our plans for the day, guess who walks through to the alfresco area now… Kevin Dillon!

Kevin Dillon is Matt Dillon’s younger brother and is best known for his role as Johnny “Drama” Chase on HBO’s hit comedy series Entourage.  We didn’t expect to see any celebrities, let alone three in the space of two hours.  It was very Hollywood indeed.

A few days later, we were back at Chateau Marmont for lunch.  This time we weren’t expecting any celebrity sightings as we thought our holiday pretty much peaked at breakfast.  Oh no that was not to be.  As we’re eating our lunch in a ladylike manner, who decides to roll in…. only Zach Braff!   Zach is known for his role as Dr. John Dorian on the television series Scrubs.  It looked like he was on a date with a beautiful, skinny blonde women who he just couldn’t take his eyes off.

For lunch my sister ordered the Bass & Shrimp with Avocado & Garlic Lime Beurre Blanc for $31 which she stated was absolutely delicious!  I ordered the Crispy Bass Sandwich with House Pickles, Tartar & Fries for $18.  My meal wasn’t great as there was only a small amount of Bass in the sandwich; so a little disappointing.  I have to say though; it was very difficult to eat skinny fries with a knife and fork; so much so I gave up and HAD TO LEAVE SOME FRIES ON MY PLATE….. In my world, this is unheard of…… You’re not eating your fries? Are you crazy?

We were previously advised while making our reservation a few weeks earlier, all patrons were asked to leave the restaurant by 2.00 pm as the hotel was holding a pre-party for the SAG Awards which was pretty cool.  When we were leaving the hotel, people were setting up the area outside the hotel with a red carpet, barriers etc.; a real hive of activity.

Overall, I really enjoyed the time spent at Chateau Marmont, so much so that when I’m in LA again, I will be making a point of visiting.   Initially I thought the staff were going to be a bit snotty and we may have felt a little uncomfortable but the experience was the exact opposite.  The hostesses were friendly and the wait staff were extremely accommodating.  The whole ambience of the restaurant and the hotel felt relaxed with a hint coolness to it.

A few weeks ago, my sister and I met up in LA for a sister’s holiday! We managed to pack in a lot of amazing experiences while we were there and I feel I must share with you the highlights of the trip which I’ll do over the next couple of weeks.

First up is the taping of The Big Bang Theory.

A few weeks prior to our trip, we were lucky enough to score priority tickets through TV Tickets (http://www.tvtickets.com) to be part of the audience and watch the taping of The Big Bang Theory! Yes I know….. A W E S O M E!! The day finally arrived! Yippeee! We arrived at Warner Bros. Studios in Burbank about 2 ½ hours before the taping of the show which started at 6.30 pm. Upon arriving, there were already a lot of people waiting in line to check in their attendance; both priority ticket holders and those on standby. As we held priority tickets, we congregated with the other lucky priority ticket holders in an area of the Gate # 3 car park at Warner Bros. A security officer checked our photo ID and stamped our hands with an invisible (unless you have a blue light) Warner Bros. hand stamp. Audience co-ordinators from Audiences Unlimited gave us check-in numbers; we were numbers 46 and 47 (this was correlated to where we sat). Then, we waited and waited and waited a little longer.

At 6.00 pm we were taken over to Stage #25 where the filming took place.  Below is a sign which shows all the movies and TV shows filmed in Stage 25 since 1935.

There were quite a few cars parked outside Stage #25; now these cars were pretty nice (Maserati, Audi, Range Rover etc.), so both my sister and I wondered whether these cars belonged to any of the stars of the show. After the taping, we actually saw Kaley Cuoco-Sweeting drive past us in the Range Rover!  How cool is that!

Once inside, we were shown to our seats which were at the right hand side of the stage. The stage set was organised where the staircase and elevator set was in the middle, to the left was Penny’s apartment and to the right of the staircase was Leonard and Sheldon’s apartment.

Before filming took place, the audience were shown on the numerous TV screens above the stage set, an episode of the show which was taped the previous week and had not been aired yet. As soon as the episode ended, the warm-up guy introduced the cast and some of the producers, including the Chuck Lorre.

Filming commenced! OMG, it was exciting. They filmed the episode called “The Troll Manifestation” which was from Season 8, Episode 14 and was aired in the US on 05 February 2015.

Overall, the takes in each scene were shot twice and there were only a couple of scenes where the lines were messed up. As we were sitting on the right hand side of the stage, we were not able to see the filming in Penny’s apartment but the TV screens above us were playing the scene for those in the audience who could not see.

In one scene, Amy Farrah Fowler (Mayim Bialik) finished her line; the Director yelled “cut” and the scene ended. Her final line was supposed to be funny (no one in the audience laughed) and I presumed the writers etc. noticed this, so they shot the scene again. Amy’s final line had been re-written and it was now hilarious. I was amazed at how quickly the writers could change a line in a scene within less than a minute.

It was fascinating to see how many people were behind the scenes and how the actors were able to maintain their focus and stay in character even with all of the distractions, re-shoots and re-written lines. In between takes, the actors would stand around and talk to each other or they would go elsewhere on the set and repeat their lines to themselves, getting ready for the next scene.

Midway through the taping, the audience were offered a slice of pizza and a bottle of water which wasn’t expected at all.  Let’s face it, who can turn down a slice of free pizza!

Filming ended just after 10.00 pm and the cast came out from behind the set for the final curtain call. Johnny Galecki and Kaley Cuoco-Sweeting said a few words; thanking the fans stating the show is where it is because of us, that they loved their jobs and could do it forever.

What a night! If you ever find yourself in LA and love The Big Bang Theory, then this is a must! 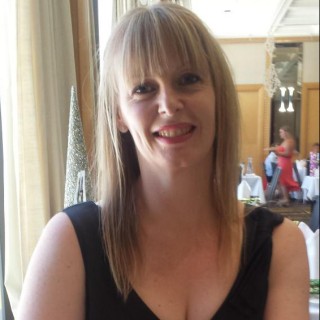